I want to be financially independent. Who doesn’t? Going through high school and on to college I had a single strategy: I wanted to be a doctor. It wasn’t about the money; it was about wanting to help people. I’m sure it was the same way for you. You wanted to do something, not just make money. Maybe you are an accountant, a banker, an attorney, or plenty of other professions. But the facts of life started to move in and you realized that you had to have more income in order to support your ability to continue working.

You started your shiny new job and the first month it was like they took a dump truck full of money and dumped it on your lawn. Soon, you started an amazing new family and you needed to support them. To do that you needed a new car and your red 1993 Oldsmobile Cutlass Ciera S where the driver’s window wouldn’t roll down just wouldn’t cut it for your family any more. 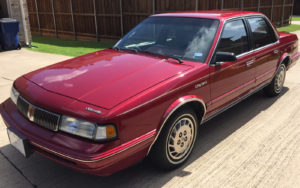 You had to look the part, so you bought your shiny first new car.

You needed a shiny new house because you made enough money that you didn’t have to rent from those greedy old landlords anymore. Your new spouse wisely recommended that you upgrade your wardrobe from those ‘90s flannels so that you could look the part of a brand new professional.

Soon you had children and you needed to upgrade your house just a little bit larger but why not make it a lot larger because you had the income and it didn’t make sense to let it sit in the bank. So you got that huge house and your spouse began to complain that it was too much to clean. You wanted to support her so you either had to take the time to help <gasp> or hire a cleaning person.

The Expenses Kept Going UP

At that point you found that your expenses were creeping up to your income. Every year you had a meeting with your spouse and sometimes it was a meeting and sometimes it was an argument. Maybe your spouse was spending too much on clothing or you were spending too much on golf clubs but this time we will make some real changes, you said. But cutting back on expenses was hard.

It was easier for you to increase your income. You are intelligent and a Hard-Worker™. You found a new job that paid more but it had a few more responsibilities. You had to increase your time at the office to do this. But that raise allowed you to purchase the new Dodge minivan you needed for your growing family. There was also some left for you to buy yourself a new computer and another couple suits.

You Paid Off Your Mortgage

You celebrated because you paid off your house! You had never imagined this moment would come. It was an amazing feeling. The very next year you demolished it and got a shiny new mortgage to replace the one you just paid off. The new house would be everything you wanted and then you could stop spending. 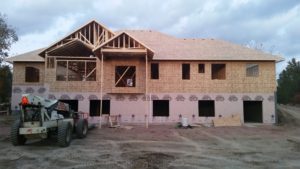 But to do this, you spent more time at work and less time with the family and your arguments centered around each of you not appreciating the work that the other does for the family. And you were becoming disillusioned with your job and it wasn’t quite what you got into the business to do but you were still young and so many years away from retirement. But you had to continue because if you stopped, your bills would, in just two months, bury you. You would never, ever, let that happen to your family, so you kept working hard.

Retirement as a Goal

So now you were half-way to the finish line. You had never thought of it like that before. The Finish Line. What would that really look like? What age will you be? What will you do with your time? Where will the money you need to live come from? Will it be enough? Perhaps you need a plan.

You do have a plan, don’t you?

Check back next week and we will talk about how you can make your plan.